The beginning of the castle’s construction cannot be determined, but the castle enters into historical records in 1230 with the person Ulricus de Reichenstein.

From 1264, the name Poppo de Reichenstein can be found in written sources, then later his son Hugo.

1295 Duke Albrecht I grants half the castle to Chunrad von Capellen.

After 1326, the second half was owned by Eberhard von Wallsee, who in

1352 sold it to Ulrich II von Capellen. Ulrich probably did not stay here for a long time, since nearby Steyregg and Ruttenstein were his main residence and representative seat, respectively.

During the 14th century the castle was gradually reconstructed and extended, during which almost the entire old castle was torn down or rebuilt except for small parts. It is evident that this was supposed to satisfy the increased need for space and a desire for greater living comfort. Reichenstein thus developed into an impressive aristocratic castle with ramparts, a bailey with castle chapel, and a massive four-storey residential building with noble furnishings.

In 1406, the male line of the Capellen family died out, and the castle was married off to Hartneid of Liechtenstein. In 1567, the castle was acquired by the Styrian knight Christoph Haym. He and his son Hanns rebuilt it into a magnificent Renaissance castle with festive halls decorated with beautiful murals. This resulted in his evangelical subjects being subject to high taxes, and the hated Catholic Christoph Haym was murdered in 1571. The perpetrator was believed to be the Protestant peasant leader Gaisrucker.

1729 Count Gundaker Thomas von Starhemberg bought the estate; his descendants are still the owners of the castle ruins today.

The ruins are rented by an association, which looks after the reconstruction of the castle and organizes cultural events.

The Knights’ Hall features remnants of remarkable frescoes with scenes from ancient mythology. The chapel, housing one of Upper Austria’s oldest preserved paintings on glass, a Rococo altar, and undamaged vaulting, is considered the highlight of the castle tour. The modern Castle Museum is home to a large part of the collections of castle researcher Alfred Höllhuber.

To the homepage of Reichenstein Museum 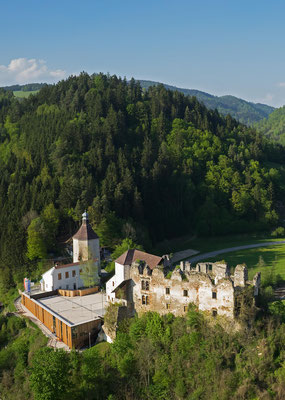 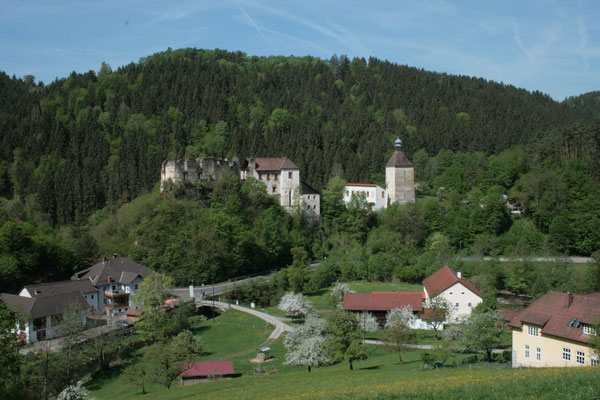 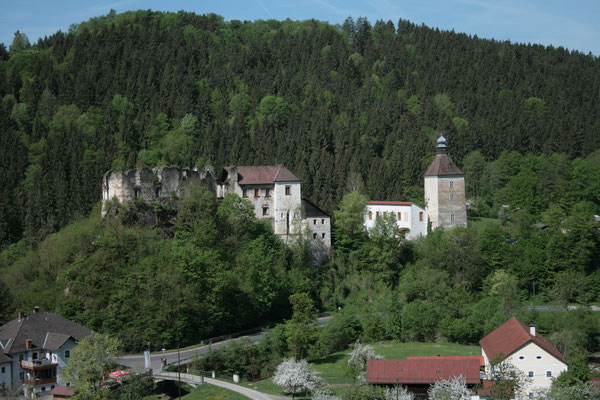