In 1160, one historical source mentioned “castrum Rotenstein” as a Bamberg possession, but the first written mention is usually considered to be a document issued in

1209 by Duke Leopold. Moreover, the building itself shows that the castle was probably built in the 12th century. The castle was founded by Count Clam-Velburg, successor to the Lords of Machland. When Ulrich Clam-Velburg was killed during the 5th Crusade, the castle fell to the provincial princes.1281 the castle was pledged by Ulrich von Capellen, a provincial judge and governor of the Austrian territory over Enns (in German, ob der Enns). The Capellen lived at Ruttenstein Castle for 125 years, or until 1406.

The 13th and 14th centuries brought the palas, chapel, the keep, inner walls, and front wall;In the 15th century, an extensive bailey with outer wall was added with bastions and with seven inwardly opening fortification towers. 1483 the Liechtensteins were the next owners. As early as 1492, however, Christoph of Liechtenstein had to surrender the castle to the emperor without compensation, because he had taken a stance on the side of the Hungarian King Matthias Corvinus. The castle was then acquired by Heinrich and Siegmund Prüschenk, but in1493 the Liechtenstein family bought Ruttenstein from the Prüschenk family.

By then, Ruttenstein was probably rarely used as a noble residence and was administered by guardians as a frontier castle until

Further owners were the Counts of Dietrichstein and the Salburgs before the estate was acquired by military contractor and mayor of Hainburg, Michael Fink.Since 1823, the ruins have owned by the Dukes of Sachsen-Coburg-Gotha. The village of Pierbach is the tenant of the complex, and the Ruttensteiner Erhaltungsverein association seeks to preserve the castle ruins.

Today, the ruin is largely professionally secured and managed. Parts of the collapsed residential tower are accessible with its Romanesque doors and double-glazed arched windows, pentagonal keep with its staircase in the walls, the massive fortification walls (2.3 m thick!) with seven inwardly opened fortification towers. The funnel-shaped embrasures for the cannons are also partly preserved. To visit the residential tower and chapel, you climb the stone staircase which actually served to stabilize the walls. The accessible residential tower offers spectacular panoramic views of the Mühlviertel and the foothills of the Alps. At the foot of the castle, a cottage with refreshments awaits you. 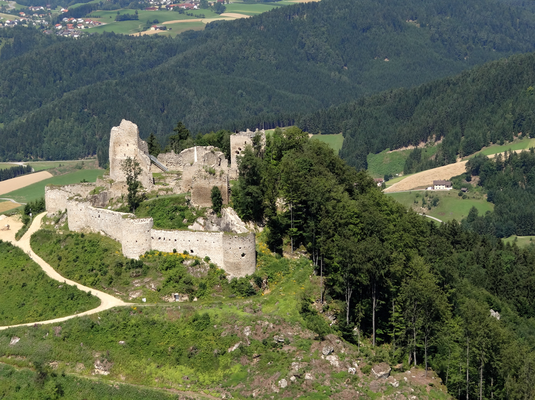 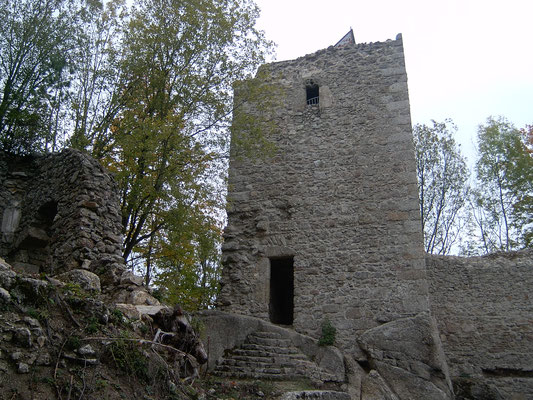 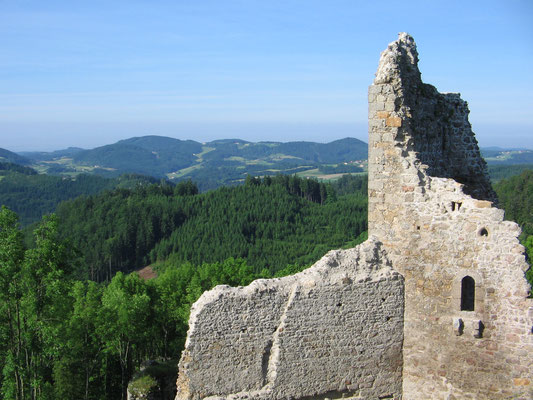 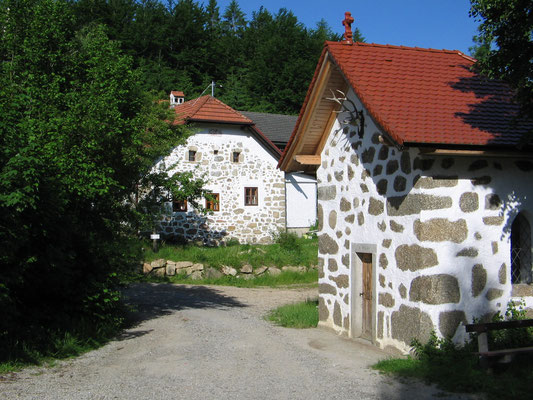